Set along the wild, untouched Coorong coastline, Storm Boy’s tale of friendship, trust and growing up has touched hearts for over half a century. Follow our three-day Coorong, Murray Mouth and Goolwa itinerary to recreate the most iconic moments of Colin Thiele’s 1966 novel and new feature film.

If you’re starting off in Adelaide, the Coorong National Park is just a one hour and 25-minute drive away. An alternative, but popular route into the Coorong is from Melbourne, along the Great Ocean Road. Book and pay for vehicle entry and camping online before arrival.

Watch the trailer below 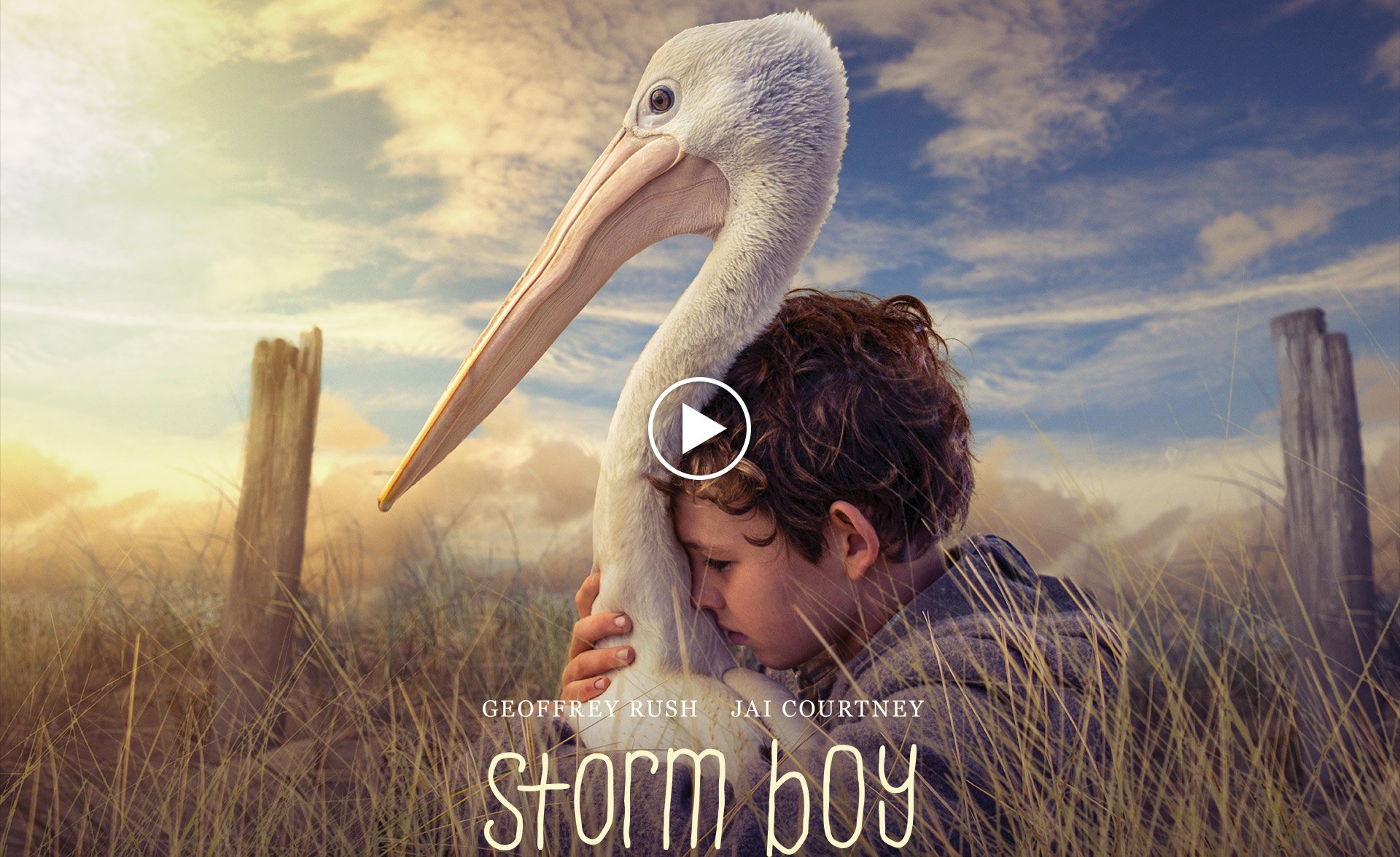 The Coorong National Park is prime Storm Boy country. Here you’ll find 12 campgrounds with 63 designated camping sites, perched on the edge of the wild Southern Ocean, bordered by towering dunes, quiet waterways and snow-white sand. You’ll need a 4WD to access these camping spots, but the roar of the sea, twinkling stars and fantastic fishing make it well worth the trip.

Set-up camp directly opposite where Storm Boy was filmed on Mundoo Island. Adjacent to the water's edge, enjoy kayaking, fishing, swimming or simply sitting back and relaxing among abundant bird life and the sounds of nature. If you'd prefer not to rough it, stay at Mundoo Island Station. Take your pick from two self-contained accommodation options: Gunnadoo is a modern homestead with five bedrooms and a range of bed configurations. The Retreat has accommodation for up to four guests in two bedrooms.

Crack open a local beer or wine and end day one at 42 Mile Crossing – one of the Coorong National Park’s most spectacular sunset spots.

Wake up to a blazing Coorong sunrise, then jump in the car and head to the Goolwa Pipi Co. factory in Port Elliot. (Fun fact: in Storm Boy the movie, the town of Port Elliot played the role of Goolwa in 1959.)  From here, you’ll embark on a tour like no other, combining adventure, Aboriginal culture, nature and wildlife, complete with a fine dining experience overlooking the silver sands of the beautiful Coorong. The Tailor's Cultural Coorong Experience takes you to Barkers Knoll – the exact location of the 1976 Storm Boy film. You’ll spend the rest of your day learning about Ngarrindjeri people and culture, exploring jaw-dropping coast, cockling and digging into lavish seafood feasts.

Enjoy dinner at the Australasian Circa 1858

Each Saturday night, The Australasian: Circa 1850 opens-up its decadent dining room to the public. Here, chef, patissier and hotel owner, Juliet Mitchell will personally cook you a sumptuous Asian-inspired feast, even if you’re the only couple dining. The menu changes monthly and heroes fresh local produce, paired with premium beer, wine and spirits.

3. Sunday: the Spirit of the Coorong

Experience the Spirit of the Coorong

After treating your eyes to yet another jaw-dropping Coorong sunrise, you’ll hit the road, heading back to Goolwa for a six-hour Spirit of the Coorong Adventure Cruise. Cruise along the last stretch of the Murray to the river mouth and across into the Coorong National Park. Stop for two guided walks, explore stunning secluded beaches, dig into a delicious lunch and learn about the Coorong’s rich Aboriginal history.

Sign up for our newsletter and get top stories, exclusive offers, events and free travel inspiration straight to your inbox!

Go to trip planner to manage your trips.